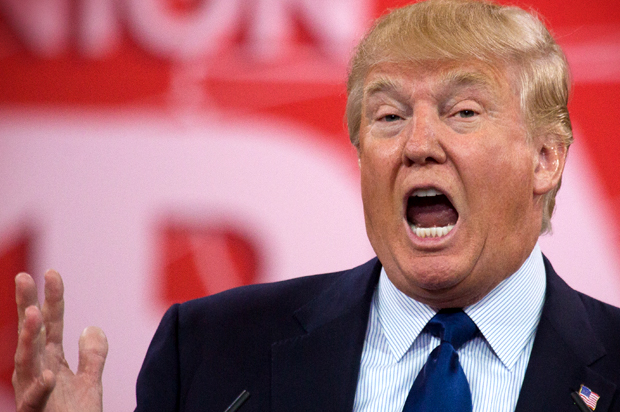 Thank you Donald Trump!!! For you did the Constitution and the First Amendment a tremendous service.

You exposed for the entire nation that there are people out there that wish to shut down free speech, and that some are willing to abuse the courts in order to accomplish that goal. Specifically, you exposed that there are some that will bring utterly frivolous defamation suits for the purpose of curtailing criticism, otherwise known as chilling free speech.

As someone that has been twice sued for defamation, and argued in an op-ed that New York needs robust Anti-SLAPP legislation, we can fairly say the issue is dear to my heart.

You did this, Donald Trump. And I am not referring to your recent tirade where you promised to “open up” libel laws which you promised to change if you’re elected president, despite the fact that the president doesn’t hold such power.

No, your service came in comment you made over someone who had sued a reporter over an investigation of the net worth of a loud mouthed real estate developer who was claiming to be worth 5-6 billion when the reporter, Timothy L. O’Brien, said the guy was worth “only” 150M and 250M.

I know! Could you believe someone would bring such a moronic suit!

And to juice his net worth in defense of himself, you wouldn’t believe that the developer actually claimed his net worth varied based on his “feelings” (emphasis added):

Q. Let me just understand that a little bit. Let’s talk about net worth for a second. You said that the net worth goes up and down based upon your own feelings?

Q. When you publicly state what you’re worth, what do you base that number on?

A. I would say it’s my general attitude at the time that the question may be asked. And as I say, it varies.

Here is what the bellicose developer said about the suit that he brought despite knowing he would lose:

Trump said in an interview that he knew he couldn’t win the suit but brought it anyway to make a point. “I spent a couple of bucks on legal fees, and they spent a whole lot more. I did it to make his life miserable, which I’m happy about.”

Yes, Trump, we are talking about you. As if anyone reading this couldn’t have already figured that out.

Your confession published yesterday that you abuse the courts in an attempt to silence critics will no doubt be a nice little weapon in the gun belt of First Amendment defense, and will hopefully go a long way to make sure that such things don’t happen —  by raising awareness of the issue and the way you abuse the courts.

Perhaps our legislators will take notice, as it pertains to the pending anti-SLAPP legislation.

And if there are any judges that happen to be reading this, this is why you shouldn’t be gun-shy with the sanctions when idiotic defamation cases are brought. If you would lower the hammer on vexatious litigants, you would see fewer patently frivolous suits, and proper speech protections for the citizenry.

Here’s a suggestion for the next worthless defamation suit Trump brings: Take his demand for damages — which will be a ludicrous amount — and use that as the barometer for sanctions.

4 thoughts on “Thank You, Donald Trump!”