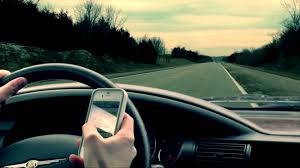 Query:  If you’re not the driver of a car, can you be held liable for a collision that occurs when the recipient reads and responds while driving?

In a case last month, not previously reported in any media, a Pennsylvania Court of Common Pleas judge wrote that if the sender had reason to believe that the recipient would read the text while driving, s/he could be held responsible in an ensuing accident.

This horrible distracted driving case apparently arose when Laura Gargiulo took a text from her “paramour” Timothy Fend, and while distracted, hit a motorcycle ridden by Daniel Gallatin. Gallatin was pinned under the vehicle, dragged 100 feet and killed.

In addition to suing the driver and owner of the offending vehicle, the Estate sued the texter, Fend.

The Court noted that there was only one other case in the nation that dealt with the subject, in New Jersey in 2013. In Kubert v. Best, the NJ appellate court held, in a matter of first impression in the country, that under certain limited circumstances it was possible to hold the texter liable. T’he court wrote:

The issue before us is not directly addressed by these statutes or any case law that has been brought to our attention. We must determine as a matter of civil common law whether one who is texting from a location remote from the driver of a motor vehicle can be liable to persons injured because the driver was distracted by the text. We hold that the sender of a text message can potentially be liable if an accident is caused by texting, but only if the sender knew or had special reason to know that the recipient would view the text while driving and thus be distracted.

It was this theory that the Pennsylvania court explicitly followed, quoting the NJ court in writing that, “the sender of a text message can potentially be liable if an accident is caused by texting, but only if the sender knew or had special reason to know that the recipient would view the text while driving and thus be distracted.”

The decision of Judge Hodge is here:Gallatin-v-Gargiulo

Does this mean that the texter will  be liable? No, it doesn’t.

The motion came on as part of, what PA lawyers call, a preliminary objection or demurrer. This is similar to the motions to dismiss made in NY practice that are based solely on the filed Complaint.  It isn’t a question of whether the texter will be liable, but rather, if you take all the allegations in the Complaint and accept them as true, is it possible that the defendant is liable? Or should the case be dismissed forthwith because the concept is hopeless?  (The defamation cases against me were both dismissed this way.)

Citing not only to the Kubert case from NJ, but to Section 876 of the Restatement (Second) of Torts, the PA court said that alleging the texter was acting “in concert” with the tortfeasor gets the complainant over the legal hurdle:

For harm resulting to a third person from the tortious conduct of another, one is subject toliability if he

(a) does a tortious act in concert with the other or pursuant to a common design with him, or

(b) knows that the other’s conduct constitutes a breach of duty and gives substantial assistance or encouragement to the other so to conduct himself, or

(c) gives substantial assistance to the other in accomplishing a tortious result and his ownconduct, separately considered, constitutes a breach of duty to the third person

So, will a jury one day find the “paramour” liable? My guess here from the cheap seats: It will depend on what those texts actually said, and if he had actual knowledge that his friend was texting him and driving at the same time. Remember, those allegations are only that, allegations. This case has not gone through any discovery yet and there are no details of what was said (if anything).

Is there another lesson in here other than lawyers jockeying over potential liability? Why yes, there is.

Distracted driving kills, which is why self-driving cars will make our roads safer (and kill off much of the personal injury bar). So don’t tempt your friend/relative with texts if you know they can’t resist checking their iDevices.

The plaintiff is represented by the PA firm of Dallas Hartman, which originally posted about the case on its website.

Addendum (5.23.16): It seems entirely possible that Uber and other car-sharing services that rely on apps and texts may be subject to liability this way. See: Uber Cars are Uber Dangerous