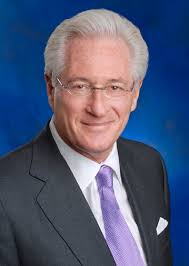 As the rapidly burgeoning #TrumpRussia scandal moves forward, with evidence piling up that Trump is trying to obstruct congressional investigations into collusion between his campaign and Russia, Donald Trump has picked some personal counsel.

Trump, of course, has picked many attorneys before, he being involved in over 3,500 lawsuits. And today’s “winner” of the competition for the job is Marc Kasowitz, of Kasowitz Benson Torres.

This is the same firm that employs former Senator Joseph Lieberman, who was rumored to be in line to be FBI chief. Whether it was an obvious conflict of interest to keep considering Lieberman, or Lieberman thought the 10-year gig might not actually provide the job security it once did, nobody has (yet) leaked.

But rather than go down that rabbit hole, I wanted to focus on this tidbit from one of Trump’s former  lawyers, Patrick “Paddy” McGahn. Mcgann had represented Trump many,  many times, and testified when Trump’s Taj Mahal casino went belly-up.

No, the place I’m going is this little piece of deposition testimony from Paddy McGahn over the Taj bankruptcy proceedings: It seems that the lawyers decided they could never meet with Trump one-on-one. The rule was that there always had to be a second lawyer in the room.

Why a second lawyer? To run up the bills? Hell no, to protect themselves.

Trump, Paddy McGahn testified, always had a practice of having two lawyers present when meeting with Trump to avoid problems with his lying. He and another attorney would meet together with Trump because “Donald says certain things and then has a lack of memory.”

So the lesson for Kasowitz is this: Make damn sure there are no one-on-one meetings with Trump. Record anything that can be recorded and have someone take explicit notes while it happens.

This is the only way to protect yourself when making representations about Trump, as he has a penchant for tweeting or saying something completely opposite later on. It’s a a habit.

2 thoughts on “Some Advice for Trump’s New Lawyer”