When I first saw the story, half of me believed it, the other half not. A former medical director at Aetna testified that he didn’t look at patient medical records when deciding whether to (dis)approve medical treatment.

Yeah, I did a double take also. But now there’s an investigation going on.. As CNN reported,

California’s insurance commissioner has launched an investigation into Aetna after learning a former medical director for the insurer admitted under oath he never looked at patients’ records when deciding whether to approve or deny care.

But it’s actually far worse than that. Because, it seems that the medical director wasn’t going rogue because he was lazy and out playing golf. No. He was actually following Aetna policy by rubber-stamping the recommendations of nurses:

The California probe centers on a deposition by Dr. Jay Ken Iinuma, who served as medical director for Aetna for Southern California from March 2012 to February 2015…During the deposition, the doctor said he was following Aetna’s training, in which nurses reviewed records and made recommendations to him.

The deposition came up as part of a breach of contract lawsuit for denying medical treatment under a healthcare policy:

The deposition by Aetna’s former medical director came as part of a lawsuit filed against Aetna by a college student who suffers from a rare immune disorder. The case is expected to go to trial later this week in California Superior Court.
Gillen Washington, 23, is suing Aetna for breach of contract and bad faith, saying he was denied coverage for an infusion of intravenous immunoglobulin (IVIG) when he was 19. His suit alleges Aetna’s “reckless withholding of benefits almost killed him.”

The treatment was expensive, costing some $20,000 per infusion. And it was covered by Washington’s prior insurer. Aetna is trying to claim that the denial was the young man’s failure to get a blood test. His own doctor, however, said it was medically necessary.

But this was the kicker to his personal story — the medical director who denied the treatment hadn’t actually read the records, had no idea how to treat the disease or what to do:

During his videotaped deposition in October 2016, Iinuma — who signed the pre-authorization denial — said he never read Washington’s medical records and knew next to nothing about his disorder.

Questioned about Washington’s condition, Iinuma said he wasn’t sure what the drug of choice would be for people who suffer from his condition.
Iinuma further says he’s not sure what the symptoms are for the disorder or what might happen if treatment is suddenly stopped for a patient.

Well, so much for the doctor’s oath to “Do no harm.”

To my eyes, this looks like Aetna engaging in a staggering case of insurance fraud, not simply for denying Washington treatment by having a no-nothing doctor doing the denying, but rather, because this was the way Aetna trained him to engage in denials. This was policy.

And if it’s policy, there are many people involved in the conspiracy.

Some years ago, regular readers might remember, there was a lot of hollering and screaming about “death panels” when Obamacare was being debated, in the event government got further involved in health care. That is to say, that treatment would be denied because it was cheaper to let the patients die. That was the political line.

Well, guess what? It looks like we’ve arrived, but it isn’t because of the government trying to save a few bucks. Having insurance panels deny benefits, for the sake of profit, is better? 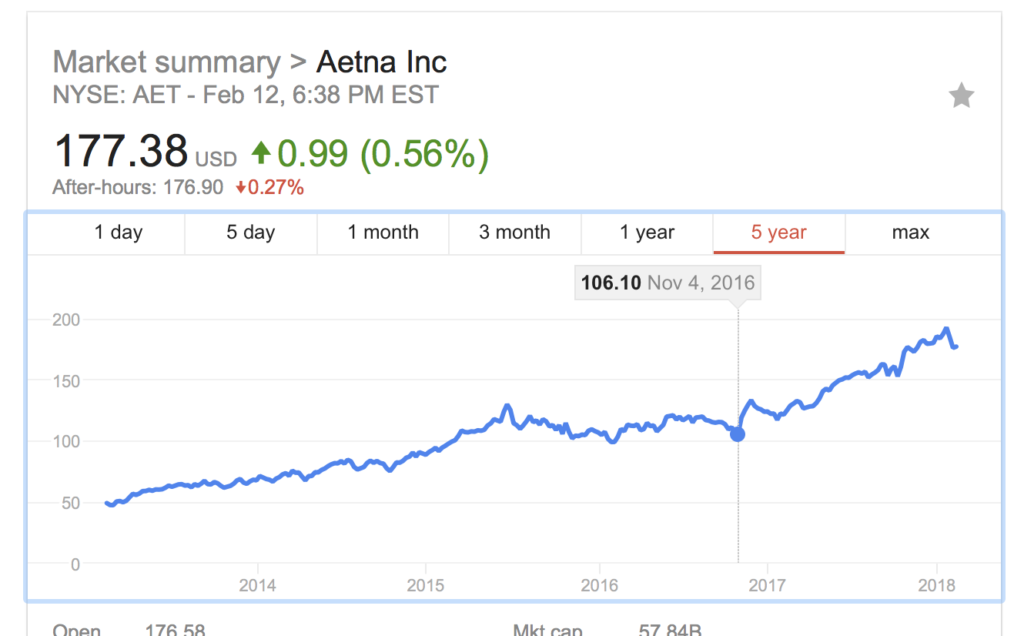 Given that Aetna has 23 million customers nationwide, this scandal is likely to be massive in its repercussions as most surely some have died as a result denials of care — denials that took place without a doctor’s review of the records.  And we go here beyond mere negligence, but to a corporate policy of recklessness with people’s lives.

Perhaps this should not really come as a surprise, however, as I see the same thing happen elsewhere in the insurance industry. It is routine in New York, for example, for victims of car collisions to get cut off from no-fault healthcare benefits based on quickie medical exams that last only a few minutes. And doctors doing “independent” reviews for insurance companies in personal injury cases likewise do these quickie exams to deprive those injured from negligence from recoveries, which was the subject of a multi-part series I did in 2013.

All of this is tied together with a common theme of doctors who went to medical school to care for others now doing the bidding of insurance companies. Because the insurance companies ask for it, living, breathing humans are losing healthcare benefits and rights while doctors allow themselves to be used as cover as they prostitute their services. But prostitute may be the wrong word, as prostitutes don’t act in ways that may hurt or kill their clients as a matter of policy.

Whenever a scandal pops up, the big question is always the same: Who makes the profit? In this case, it is clearly Aetna shareholders. And the doctors who’ve sold their licenses to Aetna in exchange for nice, tasteful, fees.
————

Even though it is tempting to jump to worst-case conclusions, we’ve seen too often in corporate scandals that that is precisely how things pan out. As famed short seller David Einhorn says, “No matter how bad you think it is, it’s worse.”

One thought on “Aetna’s Death Panels?”