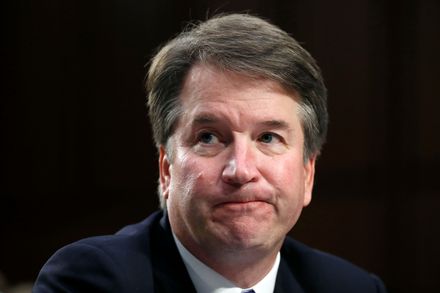 As the Brett Kavanaugh confirmation spins wildly out of control with accusations of sexual assault, I’ve sat back and watched knowing that I’ve seen versions of this play before.

Those similar plays are not in politics, but in the course of jury selection.

Underlying virtually everything about the accusations is the concept of confirmation bias. Those who are hoping for a result, be it confirmation or rejection, will see the facts as they emerge with the spin that is most favorable to the conclusion that they want, in their hearts, to be reached.

It really isn’t that tough to see that, for varying reasons, a great many folks made up their minds before hearing all the evidence. And you know this because the witnesses haven’t even testified yet before the Senate Judiciary Committee.

The first example of this is Senate Majority Leader Mitch McConnell:

‘In the very near future, Judge Kavanaugh will be on the U.S. Supreme Court. We’re going to plow right through it and do our job.’

And the second is Senator Lindsey Graham, on the Judiciary Committee, demanding a vote ASAP: 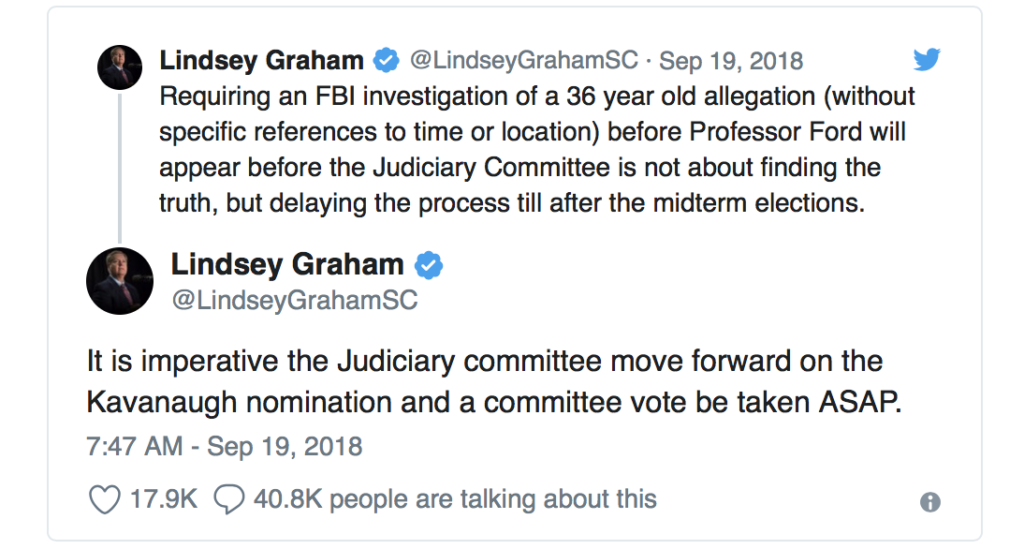 These types of comments always accompany a ‘Don’t worry, we’ll be fair at the hearing’ attitude.

And this sounds like a version of Old West justice, “Don’t worry, he’ll get a fair trial before the hanging.”

Jury selection is a bit like that. A room fills with people who’ve lived lives that you know nothing about. And your job, in a very, very short time, is to see if you can root out those with biases — those who will, from the start of the trial simply be looking for information that will confirm their own biases about lawsuits of this type (whatever the type may be).

Hey, those biases may be great if they help you (as I always tell them)! But they can also be the death penalty of your case.

Every person that has uttered a conclusion on the Kavanaugh sexual assault allegations, regardless of which side they fall on, is utterly unsuited to be making a decision. Each and every one of them has reached a conclusion in advance of hearing all the evidence.

It’s true that, in this particular case, there are 100 jurors and 97% of them have already decided. But that isn’t the point of this post.

The point is about types of people and the way they form opinions and their ability to keep an open mind. A great many can’t do that, and those are the ones you need to find.

Sometimes, they expose themselves.