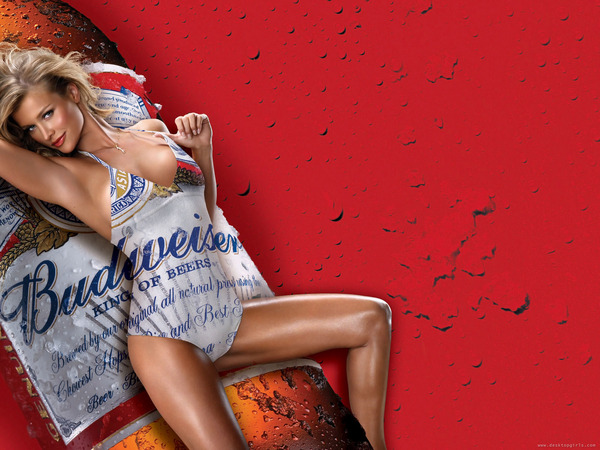 Question for the day: If a beer company sells its brew to a distributor, who in turns sells it in massive quantities to a tiny village next to a dry Indian reservation, can there be liability within the supply chain for the extraordinary alcoholism and neurologically impaired children that are born from the alcoholics?

This issue raises its head thanks to NYT columnist Nicholas Kristof, who called last week for a boycott of all Anheuser-Busch products. There is a recently filed lawsuit in Nebraska by the Oglala Sioux on the subject, though his call for the boycott rests on grounds of immorality rather than illegality. Kristof frames the issue this way:

The human toll is evident here in Whiteclay [Nebraska]: men and women staggering on the street, or passed out, whispers of girls traded for alcohol. The town has a population of about 10 people, but it sells more than four million cans of beer and malt liquor annually — because it is the main channel through which alcohol illegally enters the Pine Ridge Indian Reservation [South Dakota] a few steps away.

Pine Ridge, one of America’s largest Indian reservations, bans alcohol. The Oglala Sioux who live there struggle to keep alcohol out, going so far as to arrest people for possession of a can of beer. But the tribe has no jurisdiction over Whiteclay because it is just outside the reservation boundary.

Before going further, read his column and then return.

Welcome back. That column was met with a furious retort by Walter Olson (senior fellow at the libertarian oriented Cato Institute and founder  of Overlawyered) in a column at Reason, ripping Kristof for being “insufferably moralistic,” among other things. He summarizes the lawsuit, making headlines in Nebraska and South Dakota, thusly:

Kristof asks readers to join his boycott of the leading brewer for (he says) improperly permitting its output to be sold in large volumes in tiny Whiteclay, Neb., just across the state line from the Oglala Sioux’s Pine Ridge Reservation in South Dakota. Though notionally dry, the reservation is in practice wracked with alcoholism.

Olson thinks it’s ludicrous to hold the manufacturer responsible for what the distributor is doing with the product once it’s out of their hands. He writes:

Those familiar with state beer regulation will recognize what’s going on here. Most states—specifically those with the “three-tier” system—carefully cultivate the profitability of the licensed beer wholesaling business by limiting the legal rights of brewers (as well as retailers and end-consumers) to work around them. If Nebraska is typical, that would make it unlawful for the brewers to arm-twist the wholesalers through economic threats into curtailing supplies to the Whiteclay border sellers.

Now, read  his column and return, because I’m about to add my two rupees to the debate. I’ll wait for you to come back.

While the issue seems novel, it really isn’t. Rare, yes, but there is precedent for trying to hold manufacturers liable for distributors engaging in nefarious conduct. This can happen with guns, pharmaceuticals, alcohol, fireworks, and most any other product that is both highly regulated and subject to differences in state laws (that create incentives to run product across jurisdictional lines). It isn’t just retailers that need to be careful —  for issues such as dram shop liability where a bartender serves an obviously intoxicated person  who then gets behind the wheel of a car and kills someone — but potentially others in the supply chain such as distributors and manufacturers.

Because there are so many different possible factual scenarios here, I’m only going to write generally about how such a suit might be successful, as its actual success would be highly dependent on the facts of the particular case. I could, after all, fill a page with caveats, qualifiers and disclaimers regarding the interplay of Nebraska, South Dakota and tribal laws, none of which I have particular knowledge of. So I write generally.

As a foundation to any suit, there would need to be some type of illegal or dangerous conduct, such as smuggling or dealing with counterfeit product. This type of conduct generates secondary markets, and if  the volume of product is high — be it guns, booze or other — there is a pretty good reason to suspect the manufacturers will know what is going on as they are likely turning profits based on the illegal conduct.

Generally speaking if there is intervening criminal conduct it would sever the issue of liability, setting the manufacturers and distributors free from potential liability. Trying to blame the gun maker (or brewer) for the acts of the criminal, after all, is certainly a tough task, particularly if the product has left the hands of the manufacturer free of any defect and remains free of defect.  But what if the manufacturer knew about the downstream criminal activity and was turning a blind eye to the conduct while it scooped up the profits of increased sales? Will a duty to act arise if the manufacturer  is able to control the actions of others within that supply chain?

That issue was raised years ago here in New York’s high court in a gun case, Hamilton v. Berretta. In Hamilton, relatives of people killed by gun violence in New York sued sued 49 handgun manufacturers in Federal court alleging, amongst other things, negligent marketing, ultra-hazardous activity and fraud. It was, in some sense, not that much different in concept from suing the beer companies here. The product left the manufacturers’ hands and was used, all too well, for its intended purpose.

In Hamilton, many of those gun manufacturers were found liable in a civil trial in federal court. The defendants obviously asked for dismissal, and the then-novel issue was appealed to the Second Circuit Court of Appeals. Unsure of how New York state courts would rule, the federal appeals court certified these two questions to New York’s top state court for a ruling — and I think you will see similarity to the beer case that Kristof and Olson discuss:

(1) Whether the defendants owed plaintiffs a duty to exercise reasonable care in the marketing and distribution of the handguns they manufacture?

(2) Whether liability in this case may be apportioned on a market share basis, and if so, how?

While the court answered both questions in the negative for that case, saying the the manufacturers were not shown to have any duty of care to those shot, the court didn’t rule out the possibility that, in the right circumstances, such a case could be brought. The court wrote:

Certainly too, a manufacturer may be held liable for complicity in dangerous or illegal activity (see, e.g.,Suchomajcz v Hummel Chem. Co., 524 F2d 19 [3d Cir 1975] [manufacturer sold chemicals to retailer with knowledge that retailer intended to use them in making and selling illegal firecracker assembly kits]).

Both sides in this beer case, and similar cases, will find a full exploration of the issues of duty, causation and liability in the Hamilton decision. While Hamilton was ultimately lost, it was lost on the difficult facts of that case. The court wrote:

This case challenges us to rethink traditional notions of duty, liability and causation. Tort law is ever changing; it is a reflection of the complexity and vitality of daily life. Although plaintiffs have presented us with a novel theory—negligent marketing of a potentially lethal yet legal product, based upon the acts not of one manufacturer, but of an industry—we are unconvinced that, on the record before us, the duty plaintiffs wish to impose is either reasonable or circumscribed. Nor does the market share theory of liability accurately measure defendants’ conduct. Whether, in a different case, a duty may arise remains a question for the future.

In the beer case, Olson raises the issue of a statutory inability by the beer manufactures to control the distributors. But what, exactly, will “control” mean? If, for example, a manufacturer becomes aware that illegal smuggling is going on, are they without recourse in terminating the relationship? Is a manufacturer supposed to ignore illegality, and thus become complicit in bootlegging?

I’m not going to say such a case is easy, and the facts of any one particular case may mean it isn’t even viable. But under the right factual scenario of a manufacturer turning a blind eye to illegal activity so that  it can increase its profits, it may not only be possible, but righteous. If the beer plaintiffs can articulate a sound cause of action and survive a motion to dismiss, discovery could expose manufacturers and distributors knowingly facilitating a significant bootlegging operation that would be scandalous if true. That alone, of course, won’t get them to the end zone of proving their case, but could greatly assist in the first step of any personal injury matter: proving that one person owed a duty of care to another.

Kristof, to his credit, didn’t rely on the lawsuit to initiate his boycott of Anheuser-Busch beers (writing, “I don’t know how the lawsuit will go…”). Instead, he is attempting to shame the company into improving the situation by curtailing massive beer sales into the reservation border area. This is, conceptually, similar to something I’ve done in the past in my itty bitty spot on the web, calling lawyers on the carpet for dubious marketing practices that might be on the acceptable line of the code of professional responsibility, but still smells bad.

Final thoughts: The lawsuit and the boycott will be interesting to watch, both from a lawyer’s perspective to see how a manufacturer or distributor might be held liable for a product that was criminally smuggled after it left their hands, quite possibly with their knowledge, and with how the company will react to the boycott, if at all. I’m hopeful that both Kristof and Olson will continue to write from their respective perches.