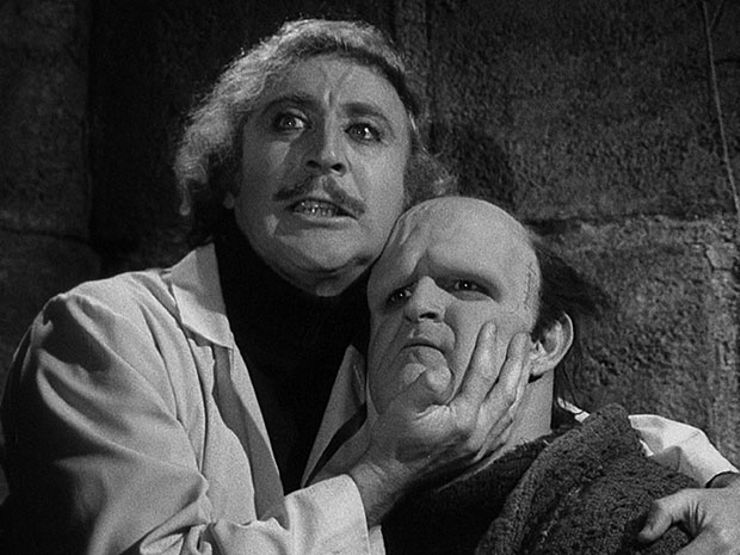 Fun in Hollywood, not so much in the courtroom.

Most people when they hear about “junk science” assume that plaintiffs’ attorneys are trying to fabricate some pseudo-science to make out a case, usually in the context of a novel class action theory.

But those of us in the trenches know otherwise, that this isn’t the main problem. Junk science, on a day-to-day basis, is far more likely to spill from the mouths of defense experts in routine cases. I showed this a few years ago in a multi-part series dedicated to quickie medical exams by doctors hired by the defense. A three minute exam and presto!  — a finding that the plaintiff either isn’t injured, or that any injuries s/he has were pre-existing.

Some doctors are doing 1,000+ exams per year like this in the service of the insurance defense industry, which is quite the living if you don’t mind sacrificing your conscience.

Today I turn my sights on the biomechanical engineer. This is the person that will generally look at the vehicles in a crash (not an accident), and deconstruct it in such a way to determine that the victim wasn’t really injured by it. Four years ago Justice Arlene Bluth deconstructed that collision deconstruction for one such engineer, essentially showing the bogusosity of it all. (Is bogusosity a word? It should be.)

Last week the Appellate Division (Second Department) weighed in on that subject. And they were no more kind to the defense “expert” than Justice Bluth was.

Dovberg v Laubach was a hit-in-the-rear collision on the Long Island Expressway that pushed the plaintiff’s car into a tow truck in front of her:

The key part of the story was how the plaintiff said that the injuries to her knees occurred — by striking the steering wheel or dashboard. 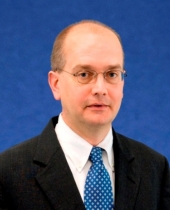 So far, nothing out of the ordinary, right? But then the defendants said they would produce Dr. Alfred Bowles as an expert, he being a biomechanical engineer and board-certified surgeon. And he would testify “that the force generated by the accident could not have caused any of the plaintiff’s alleged knee injuries, and that those alleged injuries were the result of wear and tear from athletic activities.”

And how would Dr. Bowles do that? By looking at the medical records and the depositions.

Really. According to the decision of the appellate court, that was what he would rely upon. Not even an analysis of the damage to the vehicles themselves? Or the position of the body? This is science?

Oh, and some books. As per the decision, Dr. Bowles would also rely upon:

scholarly works that were published in the fields of medicine and biomedical engineering, and had gained general acceptance in those fields. In support of this claim, the defendants listed the names of three works, which, according to their titles, involved head, neck, and mandible injuries. The authors, years of publication, and contents of these works were not set forth. [emphasis added]

The trial court permitted this dubious testimony to go forward, allowing him to testify “with a reasonable degree of engineering certainty, [that] the force generated by a low speed rear-end collision that propelled a vehicle into a 2000 Ford Taurus would not have caused the driver of the Ford Taurus to hit her knees against the dashboard.”

A defense verdict resulted on the issue of causation.

But on appeal the Second Department was, shall we say, less than impressed with this testimony. And this was likely the reason:

Although Bowles did not know how close the plaintiff’s seat was positioned to the steering wheel and dashboard at the time of the accident, he maintained that moving the seat up would not increase the likelihood of a driver’s knees hitting the dashboard in a rear-end collision.

So no one asked the plaintiff how far forward the seat was — which is to say the actual position of the injured driver  — and then the expert testified that it didn’t matter? Distance to the dashboard didn’t matter? One inch and twelve inches are the same? Can you say bogusosity?

After a brief discussion of the long-recognized rule of Frye v United States — in that expert testimony must be based on scientific principles or procedures and is admissible only after a principle or procedure has gained general acceptance in its specified field — the court swiftly deconstructed Dr. Bowles’ testimony.

The court noted that the

“expert disclosure notice simply stated that Bowles analyzed the medical and engineering aspects of the accident. While the defendants cited to three works in opposition to the motion in limine, they did not identify the authors, years of publication, and contents of those works, or any explanation as to their relevance in evaluating the cause of knee injuries. Moreover, the defendants provided no description of the methodology Bowles utilized to determine the force of the accident, and the biomechanical engineering principles he relied upon in reaching his conclusion that the force generated by the accident could not have caused the plaintiff’s knees to come into contact with the vehicle dashboard.

The court didn’t use the phrase “junk science,” or bogusosity, but I will. Because that’s the way I read this opinion.  Your mileage may vary but, frankly, I don’t see how.

So the next time you hear about junk science, you should understand and appreciate that, on a day to day basis, this is not some plaintiffs’-side invention.

The essential business model of insurance companies is to collect as much as possible in premiums and pay out as little as possible (while investing the money in the interim). Many insurance companies, and adjusters, and their syncofantic witnesses who profit from this form of testimony, don’t seem to particularly care how that preservation of premiums is accomplished. Or who gets screwed by their process. 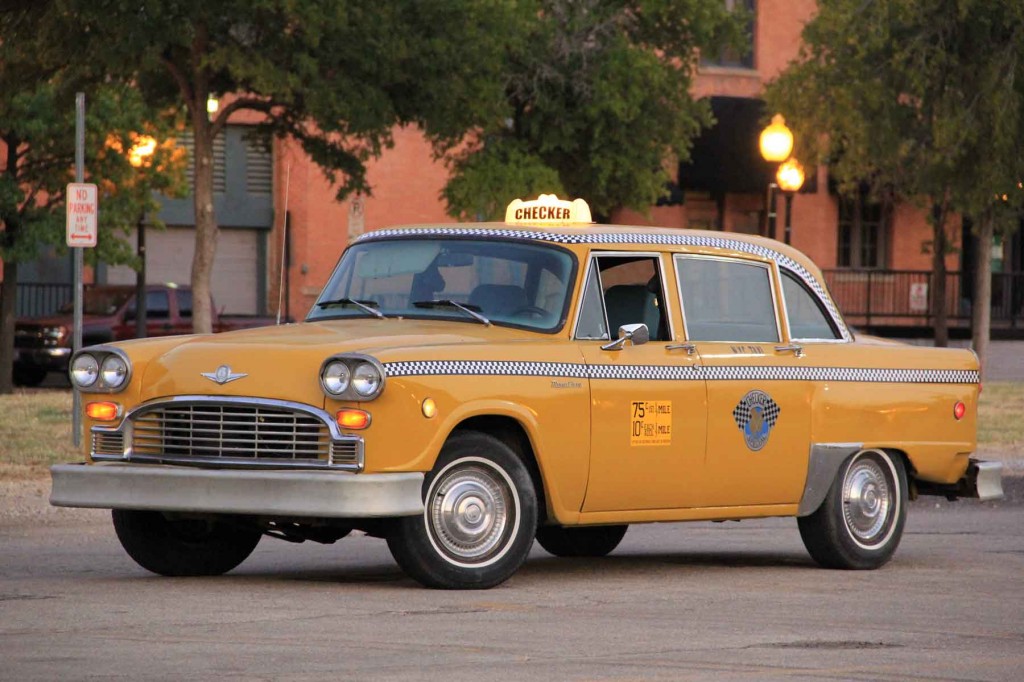 This was NOT the taxi involved in the collision, but cool old car, no?

Every so often a defendant will hire an expert that will look at pictures of the damage to a vehicle, and then pretend to tell the jury that the plaintiff couldn’t have been hurt based on damage to the vehicle.

You saw that word “pretend,” didn’t you?

When people talk about “junk science” it is usually defense-minded folks looking to blame plaintiffs’ lawyers for some crazy theory of injury. But I see the other side when it comes from less-than-candid defense experts (such as this).

The phrase junk science likely popped into the head (but not the written opinion) of  Justice Arlene Bluth recently, as she sat in her New York County Supreme Court motor vehicle part (which, for you out-of-towners, is our top trial level court).

What Justice Bluth wrote in her recent decision in Neat v. Pfeffer is applicable to anyone in any part of the country, as she gives a road map to exposing the junk. So it is worth reading even if you hale from elsewhere.

The context of her decision is an attempt by Dr. Robert Fijan to testify about both the forces on a car in a collision and whether the plaintiff could have sustained her injuries from this collision. Justice Bluth ruled that while he could testify as to the former, he couldn’t testify to the latter, concluding that if he testified about the injuries it would be junk science (again, not her words, but mine).

Why junk? Read on…

Cynthia Neat was a back seat passenger in a taxi that was rear-ended. Dr. Fijan — who is a Ph.D. and not an M.D., which makes a pretty big difference in this context —  wanted to testify about both the severity of the impact and the claim that the plaintiff could not have suffered a rotator cuff and SLAP tears as well as a torn meniscus in her knee, among other injuries. And he wanted to do this based solely on a single black and white photograph of the taxi she was in.

So Justice Bluth ordered a Frye hearing to test the scientific basis of such testimony to see if if was generally acceptable in the scientific community. And she then proceeded to deconstruct why D. Fijan, who is not an M.D., couldn’t testify about whether the injuries were caused by the collision:

First, there was no significant peer-reviewed literature validating his methods. As per Justice Bluth, noting the difference between theories of force in a lab, and those in the real world:

He testified that in order for a ligament to tear, it must be stretched to a certain point; in order for a bone to break, there must be a specific amount of force and bending. Understandably, experiments cannot be performed on live people – it would not be appropriate to ask volunteers to participate in crashes so their injuries can be measured. Additionally, it makes sense that a 75 year old woman with osteoporosis may suffer a broken bone with less force that it would take a 25 year old man’s bone to break, and a swimmer’s shoulder muscles may withstand more strain than those of a sewing machine operator.

Second, the literature he did use came from the National Highway Transportation Administration, and the standard  crash dummy tests that they use. But which of us is actually a standard human being? Justice Bluth:

…while these studies have been based on biomechanics… the dummies are based upon the 50th percentile in height and weight, not a woman of plaintiffs height and weight. Besides, even if plaintiff happened to be the size of a NHTSA crash dummy, Dr. Fijan failed to show that NHSTA studies reliably predict what force it would take to tear a rotator cuff or cause a meniscus tear, for example; crash-test dummies do not have human bones or ligaments or tendons. Some of the other literature about which Dr. Fijan testified related to sports medicine. Even if studies showed that a pitcher’s rotator cuff could only withstand so many pounds of force/stretching before tearing, there was no proof that this plaintiffs rotator cuff was comparable to that of any athlete. Dr. Fijan cited to studies relied upon to build prosthetic devices and artificial joints; again, while a “normal” knee may take “x” pounds of pressure, who says this plaintiff had a normal knee? Certainly, Dr. Fijan, who is not a medical doctor, could not speak to the condition of plaintiffs body.

For the practitioner preparing to face down one of these experts, that is an awful lot of meat and potatoes, and represents a nice little road map into defeating what I think is junk science.

My opinion? It’s junk science that doesn’t belong in the courtroom.

Kudos to Steven I. Fried who represents Ms. Neat.