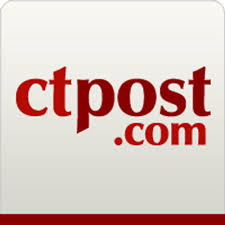 So we all know about that super, duper evil aunt who sued her 8-year-old nephew when he jumped into her arms and she fell and broke her arm, right?

And it turned out she wasn’t really super, duper evil, or even a little bit evil, and took the kid Halloween costume shopping recently.

It was just a suit against the homeowner’s policy. So how and why did it go viral?

It’s because of the way that Daniel Tepfer of the Connecticut Post, who I think is the author of the initial piece, wrote the original, slanted article (or the way his editor re-wrote it to bait readers).

Sure, the part about the kid being 8 was mildly interesting, and led to the suit being lost, because kids will be kids. An OK local story I guess. Maybe they’d get a few hundred clicks.

The part about suing a relative is a complete non-issue, because, as I explained yesterday, relatives (and close friends) sue each other all the time since they are the ones most likely to be in the home, or in the crashing car, when the injuries take place. But it doesn’t mean they are going after personal assets.

No, the part that sizzled and engaged the Internet Outrage Machine!!!! were the ways the boy was described and the minimizing of the injuries.

We now know, for example, that the woman had two surgeries and may need another on her busted wrist despite it being four years later. So that sounds to me like a nasty fracture. But that is not what Tepfer & Co. presented. No, this was what he presented the woman’s injuries:

“I live in Manhattan in a third-floor walk-up so it has been very difficult,” she said. “And we all know how crowded it is in Manhattan.”

And then there is the damage the injury has done to Connell’s social life.

“I was at a party recently, and it was difficult to hold my hors d’oeuvre plate,” she said.

There was no mention of surgeries (which included internal hardware, according to the complaint), or the difficulties with activities of daily living that would come with a busted wing. Not the part about trying to dress one-handed, doing buttons, tying laces, showering, cooking, cleaning, typing or simply cutting a piece of food. Try it sometime, dear reader, try it. Go a whole morning one-handed.

But as presented by Tepfer, it was about walking up stairs and holding an hors d’oeuvre plate.

Ahh, the hors d’oeuvre plate! That was the thing that so many commenters seemed to pick up on. Not the pain and incapacity with injury and surgery, no sirree. Nope. Because it was left out of the article.

Tepfler then did the same thing in a follow-up piece after the defense verdict. This was his lede:

The case of the aunt who sued her young nephew over a reckless birthday hug, may have hinged on a plate of hors d’oeuvres.

Now when you think about it, having pain while just trying to hold a small plate of food four years later would be significant to anyone. But only in context, and that context was stripped away by Tepfer and the CT Post.

I can think of only three reasons why Tepfer  decided to write such a slanted article:

1.  He was more interested in mocking the aunt and writing clickbait than doing journalism;

3.  He ran out of room to write because the web, as everyone knows, sharply limits your ability to describe a broken wrist.

Take your pick.  But since he followed up with a second piece, that led with his diminishing the extent of the injuries, I think #1 is a pretty safe bet.

It trying to evaluate why Tepfer did this to her, you might also consider this little nugget that he wrote about the kid:

In court Friday, the boy, now 12 years old, appeared confused as he sat with his father..

Was the boy actually confused? Was he intrigued? Fascinated by the proceedings? Was there something about the boy, now 12, that led Tepfer to believe he was incapable of understanding that this was a mere claim against an insurance policy?  When my kids were 12, they were certainly able of understand these things. They wanted to go to court with me and see what it was like.

Maybe it just made better reading to have a confused boy and an aunt that sued him because she couldn’t hold a plate of  hors d’oeuvres? Actual truth — as in the fly-on-the-wall, gods-eye-view truth of what actually happened — seems to be missing. Truthiness is good enough, I suppose, for the Internet. As long as it gets clicks.

So congratulations to Tepfer and the CT Post. You got a shitload of eyeballs at your site for your clickbait. You can now charge more for ads.

And you only had to sacrifice your professionalism and dignity in order to do it.

(An email was sent to Tepfer this morning soliciting comment. He has not yet responded.)