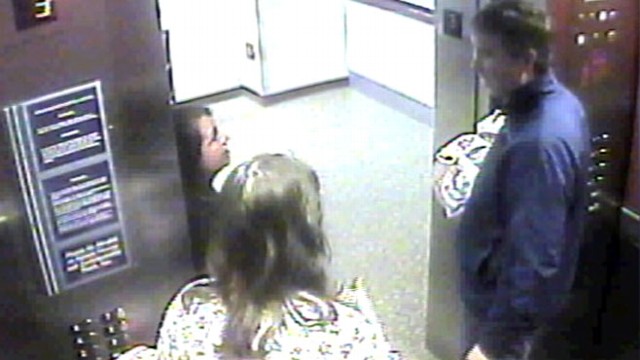 In a ruling late last week, the attorneys for Douglas Kennedy, son of Robert F. Kennedy, were disqualified from defending him in a suit arising out of his alleged assault of two nurses.

The January 7, 2012, incident, widely covered in the media, arose when Kennedy attempted to take his three-day old son outside of Northern Westchester Hospital for fresh air. He was stopped by nurses who said he was not permitted to do so without a bassinet, and a tussle ensued which was partially caught on video.

Kennedy was acquitted of misdemeanor charges of child endangerment and harassment in the second degree, but a civil suit followed for personal injuries.

The remarkable disqualification came about due to a subject I have extensively covered on this blog, the way that defense medical exams are done and reported. (Many judges use the misnomer IME though the exams are not actually independent. Chief Judge Lippman agrees with me on this. These exams are commissioned by counsel, not the court.)

In this case, three doctors examined each of the nurse-plaintiffs, and four of the six reports said that the injuries were causally connected to Kennedy’s actions. So what did the defense lawyers do? They gave more materials to the experts to persuade them to change their conclusions. And on at least one occasion, met with the expert, along with Douglas Kennedy, to persuade him.

In other words, the defense took multiple bites at the apple. Instead of giving all of the information at the outset, they gave only some, and when the reports didn’t come back the way they liked, they gave more. And with one of the experts, went back to the well three times for amendments.

From the well-reasoned opinion of Judge William Giacomo with my bolding on the important stuff that the defense lawyers wanted changed:

With those reports of causation in hand, defense counsel then went to work to get them changed:

Thereafter, in August of 2014, defense counsel sent Drs. DeBenedetto, Elfenbein, and Londin additional information with regard to plaintiffs (including plaintiffs’ deposition transcripts) and medical records (including the neurological IME reports which found no causal relationship) together with a copy of Judge Donohue’s November 20,2012 written decision in the criminal matter.

Why disqualification? Because these doctors are witnesses, and the lawyers that asked them to change their reports are now also. Plaintiff’s counsel wants to call them to show, no doubt, his opinion of chicanery in the defense of the case. And you can’t be both a witness and counsel in a case, as it violates our disciplinary rules.

On July 8, 2014, August 20, 2014, and October 10, 2014 Dr. Elfenbein issued addendums to his original July 2, 2014 report. The July 8, 2014 and August 20, 2014, addendums further indicated a causal relationship between Lane’s injuries and the incident. However, on October 10,2014, after attending a meeting, at Dr. Elfenbein’s office with defense counsel and defendant, Dr. Elfenbein issued a third addendum wherein he no longer found Lane’s injuries were causally related to the incident. In his October 10, 2014 addendum Dr. Elfenbein states “Attorney Douglas presented mewith medical records and did review some key aspects of them with me. He then asked me verbally and in writing to review those records in their entirety and readdress my conclusions regarding causation in my Independent Examination.”

Interestingly, the opinion by Judge Giacomo exposing this incident is likely to significantly impair Dr. Elfenbein’s ability to conduct these exams in the future. He is likely to be, shall we say, harshly criticized in future cross-examinations with a claim that he will bend to the hand that feeds him.

All the reports were subsequently changed to reflect that there was no causation for the injuries. Not just one report, but all. And that makes the lawyers who did this at, Douglas and Newman, important witnesses.

As per the court, in ordering disqualification:

Here, plaintiffs have established that the testimony of defense counsel Douglas & London, PC regarding its conduct and interactions with the IME doctors, including what occurred during the meeting with Dr. Elfenbein, to warrant a change in their original determination that plaintiffs’ injuries were causally related to the January 7,2012 incident is necessary to their case and would be prejudicial to defendant. (See McElduff v. McElduff, 101 A.D.3d 832, 954 N.Y.S.2d 891 [2nd Dept 2012]).

Let me be clear about something: This does not happen. In the world of personal injury litigation, this is exceptionally rare. In fact, I’ve never before heard of it happening.

But the decision is, in my opinion, correct. If a lawyer forwarded additional documents to one doctor, the result may well have been different. But three doctors? And meeting with one for the express purpose of getting that report changed for a third time? Yeah, that lawyer is now a witness. And that can’t be good for the defendant, Douglas Kennedy.

Updated:  The New York Law Journal also has the story, on its front page, with interviews of the attorney and defense counsel’s defense of their conduct. They claimed, in part, that they didn’t have all the information:

“It was plaintiffs that withheld information, downplayed information and the doctors didn’t have it…”

The problem with that is that, as Judge Giacomo writes, some of the information furnished to the doctors apparently pre-existed. This includes the plaintiff’s deposition (usually available) and the court opinion in the criminal matter.

Also, a second decision exists from Judge Joan Lefkowitz, dated July 2nd, where she deals (via Order to Show Cause), with the demands by plaintiff for many of the documents at issue regarding the medical-legal exams. See: Luciano v Kennedy (Lefkowitz Decision). She also notes that Douglas Kennedy actually went with his lawyers to the final meeting with Dr. Elfenbein.