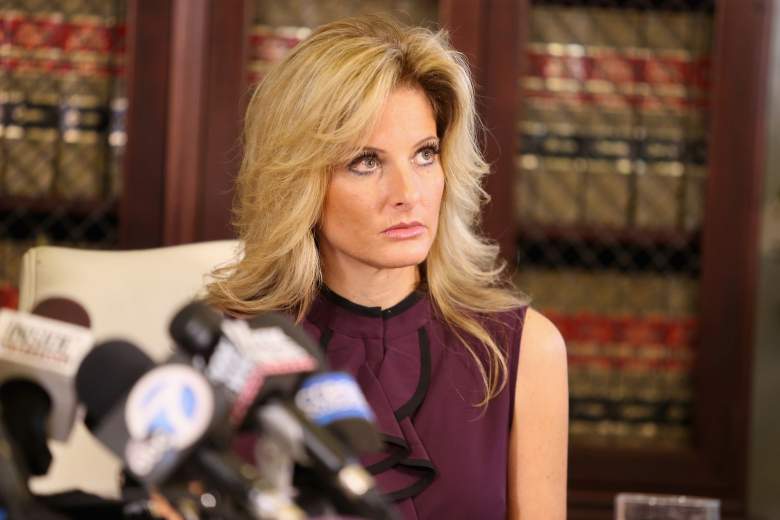 Donald Trump, who’s becoming a regular on these pages, was sued yesterday for defamation by a former Apprentice contestant, and it is clear he will have his hands full with this one. This post will look at a dozen issues in the Complaint, both as to how plaintiff’s counsel screwed some things up with lousy lawyering, and what may give Trump trouble.

First:  Suit was brought by Summer Zervos. She claimed (along with many other women) during the election campaign that Trump sexually assaulted her back in 2007, and he called her a liar for having said so. So, the statute of limitations having expired for assault, she sued for defamation on his recent denials.

The same tactic was used against Bill Cosby, using the denial of old assault claims as a means to bring a defamation action. Cosby’s claim of “self-defense” in denying the accusations failed (in federal court in Massachusetts).

Second:  She is represented by “celebrity attorney” Gloria Allred, who last appeared on my blog in 2009, and not in a good way. Calling her a publicity hound would be an insult to hounds everywhere. When publicity drives a suit, instead of good lawyering, opportunities are lost (for the client).

Third:   Today’s Exhibit A is the complaint Allred apparently drafted with her local counsel, Mariann Meier Wang, and I say apparently because if you read the first few pages, it doesn’t look anything like a legal pleading and I can’t imagine any competent lawyer drafting anything like this. (Zervos v. Trump)

It is a scream for publicity. A howl for attention. Perhaps, in some bizarre way, she is perfect for Trump — two people who will stop at nothing until they get the cameras turned on them. It has been used for an improper purpose, to deliberately put inflammatory material before the court for the purposes of garnering press.

For the non-lawyers checking in, a complaint is supposed to have “plain and concise statements” in consecutive paragraphs. They are supposed to have, as much as practicable, a single allegation in each paragraph.

Lawyers are kinda orderly like that. Because it makes it easy to admit or deny allegations and the court can then figure out what actual facts or issues are in dispute. And that can be really, really important because…

Fourth: The complaint, as it exists now, is a lost opportunity. A smart lawyer would put in those simple statements, then see if Trump denies them, and then cross-examine him on those denials. If done right, this can be very effective. Because if a defendant denies something he should admit, he has now done it with his counsel by his side. Not only is the defendant tarnished, but so is the lawyer. Both the witness and his lawyer would look like a fool in front of a jury if Trump denies a fact that is easily provable.

But as written now, it is impossible for Trump to admit or deny almost every single paragraph due to the drafting. And that is a big bonus for Trump.

Fifth: The plaintiff failed to verify the complaint. Oops.  This is real basic lawyering, and it’s a simple couple paragraphs at the end of the complaint where the signer states that the above is true. It is not required for the complaint, but if the complaint is verified by either the plaintiff or the lawyer, then the answer must  be verified too. And since Trump lives in Manhattan, where the suit was brought, he could be forced to personally sign that answer, with its admissions and denials.

An interesting side note on this is that the lawyer can verify the answer if lawyer and client are in different counties. But it seems doubtful that Trump will change his residency (based on current comments) and odds are  his lawyer will be in Manhattan. So if the plaintiff had been smart enough to verify, and had used simple statements, Trump could have been forced to sign on the dotted line. Now he doesn’t.

This was a blown opportunity.

Sixth: While those golden opportunities are lost, there is other material in there that will be fought over tooth and nail in the early going that will give Trump a headache. Such as proving the falsity of comments related to other women. Like this Trump tweet:

“Every woman lied when they came forward to hurt my campaign, total fabrication. The events never happened. Never. All of these liars will be sued after the election is over.”

This can be a real problem for Trump, as he potentially brought other women into the suit as witnesses with his over-the-top tweets. This is not a place he wants to be, for while he may be able to attack this particular plaintiff as a fabricator (‘Look, she kept coming back to me, over and over again!’) that is more difficult with more witnesses.

Seventh: In New York, parts of pleadings can be struck for unnecessarily putting “scandalous or prejudicial matter” in them (CPLR 3024). While it is highly unlikely that a court would kill the whole suit, of course, given that we have liberal pleading requirements that focuses on putting the defendant on notice of the facts, this could be an early issue. It wouldn’t be a winning argument, but would be one used to stall and delay the suit with motion practice.

Eighth: Another early defense argument may be that the conduct of putting immaterial comments and opinions in the complaint was done for an inherently improper reason, and that could theoretically be sanctionable under our court rules.  (While it would be a rare court that grants sanctions in New York, I expect a Trump lawyer to go on the offense. More motion practice, more delays.)

The response would no doubt be that it is impossible to harm Trump with the allegations, even if some of the material is irrelevant or that the complaint suffers from prolixity. In other words, no harm, no foul. While it’s a crappy complaint from a lawyer’s perspective, this would be the better of the two arguments.

Ninth: But the reason to go after the manner of filing the complaint is that this doesn’t appear to be a case likely to be dismissed outright by the court, but rather, one that will go through discovery. There appear to be sufficient allegations in there that x happened and then Trump lied about it, thereby defaming the plaintiff. And that means, ultimately, the deposition of Donald Trump on his conduct and comments. And because the complaint references other women as well, the discovery would be quite wide-ranging.

If Trump can somehow force the complaint to be modified, he could conceivably try to limit discovery when it comes to his conduct toward women other than the plaintiff.

Tenth: The plaintiff lives in California and the defendant in New York. Federal court was, therefore, an option. In favor of bringing the action in federal court, instead of state court which counsel chose, is that federal court is far less likely to put up with nonsense and you are far more likely to get far-reaching discovery. While it depends on the particular judge you draw, state judges tend to be more restrictive here.

In addition, federal actions tend to move much faster. So if the plaintiff actually had a political motive — such as getting a deposition of Trump done before the 2018 mid-term elections — federal court would have been the way to go.

Eleventh: On the other hand, federal court has a one-day limit on depositions. New York state court does not. That means Trump can’t filibuster his way through the day with word salad answers and hope that it’s done.

Twelfth: I said months ago that Donald Trump was a one-man-bar-exam. Everything he does ends litigiously. It doesn’t appear that this will stop anytime soon. 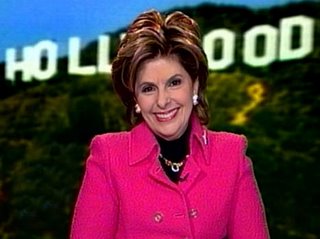 It is, perhaps, the most bizarre of legal specialties: Celebrity Lawyer. It must be a specialty, because the media insist on tagging California attorney Gloria Allred that way.

Allred managed to get her mug in the news by suing Octomom Nadya Suleman. Leaving aside the little issue of whether Allred has standing to sue — apparently on behalf of a child welfare advocate with no apparent connection to the case — at least I understand what an Octomom is. But a “celebrity lawyer?” This headline comes from New York’s Daily News: Octomom Nadya Suleman sued by celeb lawyer Gloria Allred for exploiting her babies.

But what the hell is a “Celebrity Lawyer?” Do all celebrities have the same issues? Think about it. Criminal defense. Real estate. Securities. Immigration. Corporate work for those that have their own productions companies. Child welfare if you’re Britney Spears. Adoption if you’re Madonna.

The list of potential legal needs is limited only by the many ways people need to protect themselves from troubles.

So someone who pitches her services as being a “celebrity lawyer” is, in fact, saying that she is a Jane-of-all-trades (and, therefore, master of none). But should a major media outlet buy this self-promotional aggrandizement?

Allred’s website starts with this bit of vomit-inducing narcissism:

Gloria Allred is the most famous woman attorney practicing law in the nation today, a tireless and successful advocate whose high-profile legal battles …

I don’t know the lady but I hate her already. Anyone who writes about themselves that way seems to have an ego so large it would ultimately get in the way of any legal issue presented. If I’m a client, I don’t want the case to be about the lawyer. I want it to be about me. My issue. Not the lawyer’s desire for fame.

It’s clear that Allred does a fine job of getting her mug in the news, and therefore she probably gets cases as a result. But why anyone would hire such a person for a specific problem is utterly beyond me.

I once knew a lawyer with a lot of high profile clients, and he asked me to try a medical malpractice case with him. The lawyer had decades of experience. We went to verdict. He was, in my 24 years of experience, the worst trial lawyer I ever saw. Lots of shtick, but no preparation. No concept as to how a medical malpractice case should be handled.

Hiring a “celebrity lawyer” is, perhaps, the dumbest thing a person can do if they need actual legal help.

The (shudder) “Octomom” is gonna face Gloria Allred in court. Allred, consistently described in news articles as “feminist celebrity lawyer Gloria Allred,” is going after the mother of 14 for being unfit…