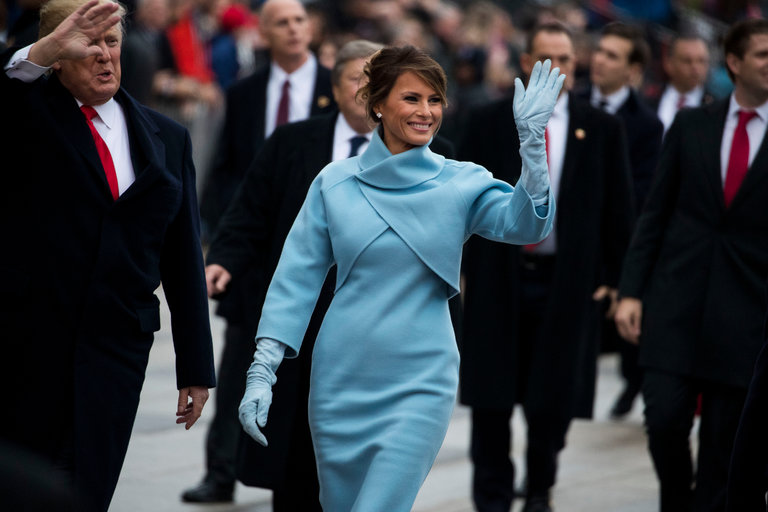 The other day I ripped Melania Trump‘s lawyers for stupidly claiming — in a defamation lawsuit against those that called her an escort while she was a model — that she had lost her once-in-a-liftime opportunity to capitalize on being the most famous women in the world for the next few years.

Personally, I thought the lawyers had committed legal malpractice in having done so, as it exposed her to a (well-deserved) torrent of scorn and derision.

She has now amended the lawsuit to take out the offending material.

But you know what is left? She still claims economic loss, and that is the subject of today’s post. Because if you claim economic loss, then one thing you can bet your last dollar on is that the defendants will say, “prove it!”

And part of that proof will be her tax returns, so that competing expert economists can do an evaluation of what she was making before (and how she was doing it), and how (if at all) it was affected.

First, the nuts and bolts of the claim from the Amended Complaint:

33.  The defamatory statements in the Article have caused Plaintiff damages, including to her reputation and to her business interests and prospective economic opportunities, as well as causing significant humiliation in the community and emotional distress.

So she has not only claimed a per se injury for being called a prostitute, she alleges damage to her business interests and prospective economic opportunities.

Now tax returns, in New York, are jealously guarded by the courts.  A party seeking to compel their production must make a strong showing of overriding necessity.

Melania Trump’s case is in New York County, the First Department, but all four of New York’s appellate departments have a high bar to hurdle.

But at least some of her returns, it seems, will meet that burden. And how much of her interests are intermingled with her husband’s? Nobody knows, but any intermingling at all could subject his returns (or parts of them) to discovery.

And in Matthews Indus. Piping Co., Inc. v. Mobil Oil Corp., the lower court denied the defendants request to peak into the plaintiff’s returns and the First Department affirmed that decision. The court wrote that “The disclosure of tax returns is disfavored due to their confidential and private nature. Consequently, a party seeking to compel their production must make a strong showing of overriding necessity.”

Similar language comes from the Second Department, where the rule is that “A party will not be required to produce income tax returns in a particular action unless the record presents a strong necessity for such disclosure in order for the party to prove its cause of action or defense.” In Active Fire Sprinkler v. American Home, that court held that there must be “some showing that the particular information in tax returns has some specific application to the case.

Now here’s the kicker: Few people will want to donate money for any kind of legal defense fund, if one is needed. Because who wants to get in bed with the kind of d-bag that would write crap like that without evidence? (I have no idea if there is insurance coverage for this.)

Might there be some people willing to pony up money to see this matter go through discovery just to get to those tax returns?

Even if the returns are subject to a confidentiality agreement, all bets are off in a trial that takes place in open court.

Conclusion: Melania Trump has exposed herself, and potentially her husband, to having her tax returns revealed in discovery.

The only way out of this for her to drop her claim of economic loss entirely.

Before getting into the latest Trump lawsuit — this one by Melania Trump for defamation, filed in my local courthouse — I want to get one thing out of the way. I think that the families of politicians are off–limits for commentary and ridicule except in limited circumstances.

One of those circumstances is an active engagement in politics. Thus, Eleanor Roosevelt and Hillary Clinton were both fair game, but First Ladies Barbara and Laura Bush, and Michelle Obama were not.

Children are likewise off-limits, unless engaged in politics. Thus, Eric Trump, Donald, Jr., and Ivanka are all fair game, while Tiffany and Baron are not.

This is the reason that Rush Limbaugh and John McCain were both mercilessly skewered for picking on the child of a president. It is vulgar and completely beyond all sense of decency. While they had the constitutional right to conduct themselves that way, others had the right to flay them for having done it.

But yesterday Melania lost that protection with her claims in a defamation case. The nuts and bolts of the claim is that some blogger claimed she was an escort while also being a model, and she says that was false and defamatory. She sued the blogger and a website, Mail Online.

So far, no problem from me. If the claims are utterly false, have at it.

But her lawyers threw her under the bus with claims that she lost “multimillion dollar business relationships” during the years in which she would be “one of the most photographed women in the world.” This would be a “once-in-a-lifetime opportunity, as an extremely famous and well-known person.”

What the hell?  She’s complaining about not being able to use the White House for profit?

She, and the family, were ripped by the New York Times (and many others) yesterday in an editorial:

But any veneer of plausible deniability about the Trump family’s greed and their transactional view of the most powerful job in the world was shattered this week by a defamation lawsuit the first lady, Melania Trump, filed….

There is no benign way to look at that claim. Mrs. Trump evidently believes her new title affords her a chance to rake in millions of dollars.

Here’s the kicker: It is wholly unnecessary to make such comments when filing a complaint in New York.  A general claim of losses will suffice. The details will come later in a document called a bill of particulars, and even there, such hyperbolic language is not needed.

If the objective was to garner press with the suit, well they succeeded. Beyond, perhaps, their wildest nightmares. They have placed their client’s name on an exceptionally damaging document describing her desire for White House profiteering.

The lawyers also did something else very Trumpian: They made outrageous demands for damages, of $300,000,000. Yup, you read that right.

And, as regular readers of this blog know, you aren’t even allowed to make monetary demands in a complaint in personal injury suits in New York.  It is specifically outlawed, and is sanctionable. (And yes, defamation is a type of personal injury suit.)

The geniuses who did this to Melania?

The one pulling the strings is Charles Harder from Beverly Hills, who has experience in high-profile defamation cases. And he should have known better than to impugn his own client.

On the New York side as local counsel is Mark Rosenberg of Tarter Krinsky & Drogin.  According to his bio, these are his practice areas:

Seriously? They couldn’t find local counsel who knew how to craft a simple defamation complaint in state court (which does not require the level of detail that federal court does), without negligently killing their own client in the process?

The job of local counsel is to make sure that the out-of-state-guy doesn’t screw the pooch on rules of procedure. And here, the rules of procedure were clear: It was unnecessary (and damaging) to have Melania confess her true motives of using the White House for profit, and unnecessary to potentially subject her to sanctions for an impermissible ad damnum clause.

P.S.  Making a claim for legal fees at the end was also dumb, as they are not permitted. It shows one of two things: The lawyer is ignorant or the lawyer is copying from a form without actually reading and comprehending it.