OK, this is going to be quick and dirty because I am a bit time-limited.

The Trump campaign (Trump for President) sued the New York Times today for defamation based upon this opinion piece written by Max Frankel in March 2019. It deals with his campaign’s conduct regarding the Russians.

Trump is going to lose. In order to prevail he’s going to have to show, for a start, false statements.

First off, the complaint doesn’t start well as it’s supposed to be written with actual facts. This one is chock full of political hyperbole. This is not the way New York lawyers write, which means this is not what the judges expect to see.

And most folks with functioning neurons — and I think most of our judges have them — know that when that kind of nonsense appears in a complaint it’s to mask the emptiness of the complaint.

So we see this nonsense about “not entirely surprising” and “blatant attack” and “extremely biased” that has nothing to do with whether a statement is true or false:

“Reveals itself” is opinion. So to is “obvious bargain,” “watered down” and “otherwise appeased.”

While this following allegation is a bit better, claiming an “overarching deal,” it too will fail as deals need not be explicit and may be implied:

Given Trump’s invitation to Russia to involve itself with our elections, and the numerous contacts his team had with Russia, this claim has nowhere to go. It’s a fair opinion to claim “they knew about the quid and held out prospect for the quo.”

It’s tempting to leap out and say, “discovery is gonna be a blast!” but it will never get there. This complaint is doomed to be dismissed for failing to state a claim upon which relief can be granted.

New York’s standards for defamation are very high, and are set forth in Steinhilber v. Alphonse. This is a good primer on the law for those who want to know how strongly the courts protect our rights to speak freely.

As I noted back in 2015 when Trump filed a frivolous defamation claim against Univision, expressions of opinion, as opposed to assertions of fact, are privileged. No matter how offensive, they cannot be the subject of an action for defamation. Non-actionable opinion includes “rhetorical hyperbole, vigorous epithets, and lusty and imaginative expression,” as well as “loose, figurative, hyperbolic language.”

The story will make some headlines and then vanish into the ethers.

Addendum: I think both Trump and his lawyer Charles Harder know this suit is dead in the water. Because if it was viable, Trump would be subject to a deposition. Trump. Under oath. About Russia. And there is zero chance of Trump allowing that to happen.

Oy. Again Gray Lady? It didn’t seem to take that long, though I guess that’s old media for you. The Times got suckered again on April Fool’s Day. And it was just before bed last night that I wrote:

But, fear not, someplace out there on the web there are hoaxsters and pranksters of all stripes, and someplace, somewhere some folks will get gotten either because they weren’t wary, or if the gag is good enough, despite it.

Despite being punked twice last year by April Fool’s gags, and despite even doing that editorial mea culpa on the subject, the New York Times seems to have been snared again. That’s what they get for putting up a paywall.

Scott Greenfield of Simple Justice fame has the link.

In an editorial today regarding the BP oil spill in the Gulf, the New York Times decided to take potshots at lawyers and assume that they would breach their ethics. In doing so, they elected to act like the New York Post by simply ignoring history and accepting one long running newspaper meme:  No one ever lost a nickel by bashing lawyers, because when we defend ourselves we sound like, well, lawyers.

The context of today’s assult is the $20B in funds offered up by BP to settle Gulf claims, and management of the fund by Ken Feinberg. Feinberg has quite the recent portfolio, managing this fund, being the “pay czar” for companies that were bailed out by the government during the recession (from which he stepped down to become engaged here), and also managing distribution of an extraordinary $700M+ funds related to settlement of claims related to 10,000 responders to the September 11 attack.

So what did the Times do? In an editorial today it discussed the virtues of the new fund being run by Feinberg, and that this was preferable to lawsuits. The paper then went on to claim:

Given his reputation, experience, and the amount of money on the table, it is clearly in the interests of every victim of this spill to give this program a careful, unemotional look. We probably cannot expect the lawyers to act responsibly.

The Times‘ justification for this assault is the presumption that, if one is going to go through the BP fund, then one doesn’t need a lawyer. In so claiming, the Times displays either its utter ignorance of proving the elements of an economic loss, or it elects to turn a blind eye. Because all claims are not equal. Some are difficult and need experts. The shrimper with the W2 is one thing, and the new business owner who was making investments in the business at the time BP recklessly wrecked Gulf waters is something else. Proving that future loss won’t be easy.

And it isn’t just shrimpers and beach resort businesses that are hurt, because as they go down, so too do the brick layers and bread makers that depend on those people. An entire economy suffers, and proving the relationship to the oil spill won’t be simple for many. There will be a billion shades of gray for the manner in which people were affected by the spill.

Does the Times seems to suggest that Feinberg will simply pay claims without the expert analysis that’s needed in the evaluations? Will the  claims simply leap off the table and magically prove themselves to Feinberg without effort?

In one sense, this is like a trial on damages only, with liability already established. But you still must prove those damages to the finder of fact. Perhaps many of the claims are simple. Most assuredly, many are not. Only a fool would walk into the forum unarmed.

The outrageousness of the Times‘ lawyer bashing is brought home with the irony of Feinberg’s involvement. For he also oversaw the September 11 Victim Compensation Fund and has been, to nearly universal acclaim, an outstanding public servant. And that 9/11 Fund saw over 1,000 lawyers working as part of Trial Lawyers Care, representing most of those directly injured in the attack and the families of those killed. Those lawyers did so on a pro bono basis.  It was then, and remains today, the largest distribution of free legal services in the country, and I was a proud (albeit small) part of it. Nobody knows better than Feinberg about the extraordinary efforts put forth by the legal profession.

And yet, the Times merely assumes that, despite history to the contrary, lawyers will act unethically by giving advice that is contrary to the interests of their clients. I expect such crap from the Post, not the Times. Perhaps the usual editorial writers were away this week on vacation, and they left the interns in charge. For the piece surely wasn’t written by anyone with a lick of common sense.

The New York Times has a piece on social media and how the Times is dealing with it, and the mistakes that they are making in the process. Part of it concerns our little April Fool’s joke, in this excerpt from the Public Editor in The Danger of Always Being On:

David Goodman, who writes New York Online, an aggregation of news from many sources, bit on a claim by Eric Turkewitz, a personal injury lawyer and blogger, that he had been appointed official White House law blogger. Goodman tossed in a short item at the end of his April 1 post. Turkewitz wrote the next day that he had been hoping to catch political bloggers, “whose reputation is to grab any old rumor and run with it,” but instead bagged “the vaunted New York Times.”

Goodman, who said he knows he should have checked it out, especially on April Fool’s Day, said that because several prominent legal blogs also had the item, he gave it more credibility than he should have. What he did not know was that the other bloggers were in on the hoax. Corbett said the episode pointed up the risks of news aggregation and the need to rely on trustworthy sources.

But we weren’t the only ones to get them. They explain another episode also. 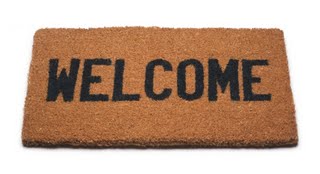 To those coming over from Gawker for a few moments to read about a small April Fool’s stunt that punked The New York Times, and how it happened, welcome.

[Bumped and updated: Welcome, also, Instapundit, and others linked below]

[Updated x2 due to an influx of political bloggers from the right side of the aisle, with a selection below]

To give you a sense of the joint, for first time visitors, you can see some of the Greatest Hits in the right side bar, along with my Blawg Reviews.

I’ll trust you know how to use that RSS button when you realize you simply can’t live without having a personal injury lawyer in your RSS feed. People are like that sometimes.

Feel free to mosey around, but please try not to trash the joint while you’re here.