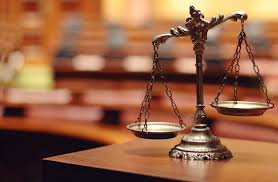 It’s long been the law in ¾ of New York that, in order to win summary judgment in a personal injury case, plaintiffs also had to show that they weren’t themselves also negligent.

That three-fourths fraction exists because, as I noted back in 2010, there was a split in the four New York appellate departments regarding this issue.

That split case law is now history, courtesy of (naturally) a 4-3 decision today in New York’s Court of Appeals in Rodriguez v. City of New York.

The Court outlined the issue succinctly:

Let’s take a garden variety matter of an individual crossing in the crosswalk, with the light in her favor. She gets hit by a car making a turn, whose driver failed to yield the right of way to the pedestrian.

Assuming that there is no question that she had the light, and was in the crosswalk, and was injured as a result of the collision, most people would have thought she could remove this issue from a trial and have the court determine the issue of the driver’s negligence as a matter of law.

But that wasn’t the case in New York, unless the pedestrian also proved that she was paying attention and didn’t do anything wrong. Some of our courts would deny the motion based on the issue of potential comparative fault, giving the driver a windfall by making his own negligent conduct a jury issue even though it was clear he broke the law and contributed to the injuries.

The Court used the example of a statutory violation being the basis of a motion for summary judgment being denied because, potentially, the plaintiff might also have some culpability:

This was the windfall the Court wrote of: Why should the jury get the question of defendant’s negligence if it could be determined as a matter of law?

This is what we now refer to as “old law.” It’s in the dumpster.

The point of the underlying statutes, the court reasoned, was that the issue of comparative negligence was solely to deal with diminishing any potential recovery. It has no bearing on establishing whether a defendant is negligent.

Thus, a typical verdict sheet might have the five questions below, and if any of them can be resolved as a matter of law then that is the proper procedure for a trial court on hearing a motion for summary judgment:

1. Was the defendant negligent?

2. Was defendant’s negligence a substantial factor in causing [the injury or the accident]?

4. Was plaintiff’s negligence a substantial factor in causing (his or her) own injuries?

What was the rationale for overturning the prior decision of the court, in Thoma v Ronai? The majority reasoned (and the dissent disputed) that the parties in Thoma didn’t raise the relevant parts of our civil practice law and rules so that they could be analyzed. So be it.

The net result of this decision will, I think, be two-fold:

When I wrote about this split in the appellate departments back in 2010, I said:

When the split between the lower appellate courts hits the Court of Appeals, hopefully it will see the wisdom of resolving issues on the papers in advance of trial if there is no issue of fact on that particular issue. There is no compelling reason that I see that partial summary judgment on the issue of liability should not be available if the particular issue raised doesn’t present a factual issue for a jury to resolve.

It feels good being able to revisit that issue and see it come out this way.

I pose this question because last week a split opened among New York’s appellate divisions on the subject, thereby setting the issue up for a battle in the Court of Appeals.

Last week in Roman v. A1 Limousine the Appellate Division (Second Department) held that even though the plaintiff might show that the defendant was negligent as a matter of law, he must also show “that he was free from comparative negligence.” In other words, even if the court can resolve some of the liability issues on the papers, the court won’t grant summary judgment if any other liability issue remains outstanding. Partial summary judgment doesn’t exist, even if some of the issues are slam-dunk.

The decision stands in sharp contrast to the First Department’s February decision in Tselebis v Ryder Truck Rental, Inc. In that case, the plaintiff in a two vehicle wreck had no recollection of what happened, but the defendant “testified that he entered the intersection against a red light and did not see plaintiff prior to the impact.” The court reasoned:

Plaintiff is entitled to summary judgment on the issue of liability despite the fact that his own negligence might remain an open question. A plaintiff’s culpable conduct no longer stands as a bar to recovery in an action for personal injury, injury to property or wrongful death. Under CPLR 1411, such conduct merely acts to diminish the plaintiff’s recovery in proportion to the culpable conduct of the defendants. This statute, enacted in 1975, substituted the notion of comparative fault for the common-law rule that barred a plaintiff from recovering anything if he or she was responsible to any degree for the injury.

While the First Department was quite clear in stating that “it is not plaintiff’s burden to establish defendants’ negligence as the sole proximate cause of his injuries in order to make out a prima facie case of negligence,” the Second Department was equally clear in rejecting the reasoning of the First. The Second wrote:

…contrary to the Appellate Division, First Department’s statements in Tselebis, CPLR 1411 was not relevant to the issues presented herein. CPLR 1411 codifies the rule that any culpable conduct attributable to the plaintiff, including his or her negligence or assumption of risk, does not bar the plaintiff’s recovery of damages, but shall diminish that recovery in proportion to the culpable conduct of the defendant. CPLR 1411 pertains to the damages ultimately recoverable by a plaintiff. It has no bearing, procedurally or substantively, upon a plaintiff’s burden of proof as the proponent of a motion for summary judgment on the issue of liability.

Why is this stuff important? First and foremost  is that, in New York, interest doesn’t start to run until there is a judgment (unlike many other states where interest runs from the date of the accident). With interest running, at a statutory rate of 9%, the defense benefits of stalling quickly exact a price for a tactic that shouldn’t exist at all.

Summary judgment also potentially removes the need for an expert (depending on the facts).

Most importantly, though, it sharply delineates the issues that need to be resolved by a jury. If the liability of one side can be established as a matter of law, why should a trial take place on those issues? Why would a court want to further drag out and complicate the litigation?

When the split between the lower appellate courts hits the Court of Appeals, hopefully it will see the wisdom of resolving issues on the papers in advance of trial if there is no issue of fact on that particular issue. There is no compelling reason that I see that partial summary judgment on the issue of liability should not be available if the particular issue raised doesn’t present a factual issue for a jury to resolve.