While the law sounds uber-wonky, it’s quite important due to a fundamental misunderstanding of how auto insurance works by the general public.

Most folks think that the insurance coverage they choose  — let’s say a 250K limit — will protect them if they’re involved in a collision. But it doesn’t. That insurance only covers other people.

You, the injured driver, must pursue the guy that plowed into you at the intersection because he was checking his texts, through the limits of his insurance policy. And if his insurance policy is only, let’s say, the bare minimum 25K because his job is flipping burgers and he doesn’t really have a pot to piss in, then you with your fractured pelvis are, as we say in the law, shit out of luck.

But wait! There is one small hope for you, and that hope lies in your own policy provisions for getting involved in a collision with an uninsured or underinsured driver. That provision is known here in New York as Supplementary Uninsured/Underinsured Motorist (SUM) insurance.

The problem? The default on your policy was the state minimum, just 25K. And you can’t even collect that if have received the 25K from the guy that plowed into you.

Only a savvy person — or one with a conscientious insurance broker that informed him — would know that you could elect more SUM coverage. Most don’t, because most don’t know. My own legislator wasn’t aware of this whenI discussed this bill with her a few years ago, and found out only when her daughter was injured in a collision and got caught in this trap.

That law is the one that has now changed. Now the default choice is your SUM insurance matches the underlying coverage that you picked. So if you have a 250K policy you will have 250K SUM, and get as much protection for yourself as you are giving to others.

The cost is minimal and people can easily opt out. The thing is, those that are picking more than the minimum amount of coverage are the ones who understand that they likely have the most to lose. That’s why they bought the higher coverage in the first place.

When a bill becomes a law that has no losers attached to it, it’s a win-win all the way around.

I wrote about this back in June when it passed in the closing hours of the legislative session. The vote was 62-1 in the Senate and 104-6 in the Assembly.

People complain often about dysfunctional governments.  But when they get it right we should take notice with a little golf clap in their direction.

This op-ed by New York Assemblyman Matt Titone was published yesterday in the Staten Island Advance. He’s granted me permission to republish it. By way of full disclosure, I’ve lobbied the Legislature in favor of the pro-consumer bill that he discusses here:
————————————————- 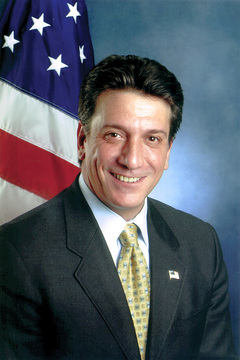 When Victor and Wilma Rao were hit by an alleged drunken driver in February, their world was torn apart.

Wilma suffered broken bones and bruises, and she was the lucky one. Victor was in a coma for a month, lost the use of an eye and an arm, and is still recovering from his injuries in a nursing home many months later.

The Raos expected that their car insurance would pay for the high pile of medical bills they have incurred while recovering from this terrible accident.

But there was a problem. The Raos had car insurance, but the driver who caused the crash did not.

While the Raos had responsibly purchased $100,000 in liability coverage, they did not know that they also needed to purchase additional Supplemental Underinsured Motorist (SUM) coverage to be protected if the driver who causes an accident does not have enough insurance himself.

You are not alone – and that is the problem.

Many New Yorkers who buy car insurance have no idea that unless they opt to increase their SUM coverage, they will only be covered with the legal minimum of $25,000 – far less than the costs of a long recovery like the one that Victor Rao is only now completing.

Too many families find out about the critical need for proper SUM coverage only after it is too late. But new legislation in Albany (A.10784) could change that.

The SUM bill would require insurance companies to automatically offer SUM coverage at the same level as the liability coverage that drivers purchase, unless the driver himself chooses to reject additional SUM coverage after being informed of its benefits and low costs.

The SUM bill has been passed by the Assembly and the Senate and is now on the way to Gov. Andrew Cuomo’s desk.

Many states have similar laws, and it is well past time that New York drivers have the same rights to make informed choices when buying auto insurance.

As Wilma Rao told the Advance recently, had she and her husband known about the option of buying additional SUM coverage when they purchased their auto insurance, they would have “signed on the dotted line in a heartbeat.”

Thanks to the help and enormous generosity of their neighbors and the entire Staten Island community, the Raos will make it through their ordeal.

But drivers who purchase insurance should not have to rely on charity – they should be able to make informed decisions and purchase the insurance they need to be protected, even if the other driver in an accident is not.

As a member of the state Legislature, I urge Gov. Cuomo to sign this important consumer protection legislation into law, and I would urge all New Yorkers to call on him to do so.

[The writer represents the 61st Assembly Distrtict in the New York State Assembly.]