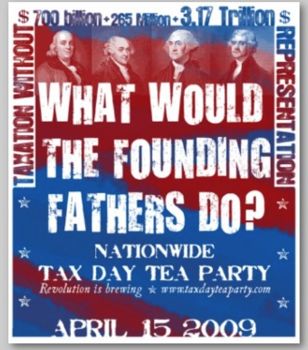 But with the Tea Party making these and other gains in yesterday’s midterm election, people are wondering exactly what the movement stands for on various issues. This isn’t as easy as it seems given the fragmented nature of the “party” which is really more of a collection of ideas about more limited government.

This is the question I have: How to they feel about tort “reform?”

Exactly six months ago today, I wrote this post on the subject:  Does the Tea Party Believe in Conservatism or Tort “Reform”? (8 Questions)

I still don’t have an answer. And it seems that the time to answer  has drawn quite near. 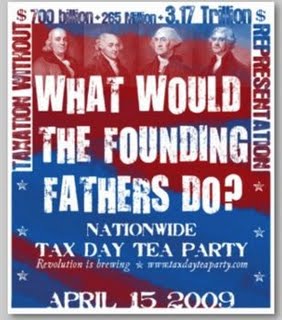 As the Tea Party movement gains more attention, some folks want to know exactly what they believe in. Today’s question: Do they believe in a  smaller, less intrusive, government or will they follow the Republican Party down the path of Big Government Tort “Reform”?

Since the Tea Party is a nascent and disorganized collection, I’m tossing out eight questions for those conservatives in the movement to ponder as they decide which side of the tort “reform” debate they are on.

Why are these questions important? Because the Tea Party movement is not yet corrupted by campaign money. Leaving aside the charges of racism leveled against some in the movement, and which certainly exists in some segments, I suspect that others actually care about political theory. It is for these people that I ask these questions:.

1. Do you believe in limited government? If so, does adding protections and immunities for negligent people/companies comprise bigger or smaller government?

3. Do you believe in personal responsibility? If so, do you want to nevertheless limit the responsibility of negligent parties and shift the burden to others?

4. Who should pay the costs of an injury? The negligent party or the taxpayers? Will it be Medicare or Medicaid that will pay with your tax dollars? Or will it be a state fund, like the one proposed in Oklahoma? If you believe in having the taxpayers pay for injuries inflicted by others, how much extra in taxes are you willing to pay to protect the tortfeasors?

5. If you want to limit the civil justice system, does that mean you want a corresponding increase in the criminal justice system and regulation to make up for it? Or should negligent/reckless parties just get a free ride? (See: Punitive Damages: Why America is Different Than Europe)

6. Should we give the government more power by disbanding the jury system? One of the results of the Revolution against King George was establishing the right to trial by jury. It is mentioned in the Declaration of Independence as well as the Sixth and Seventh Amendments of the Bill of Rights and acts as a check on government power. (See: Should Obama Sit Jury Duty?) Do you want the government to have more power?

8. Do you believe in states rights? Would federal tort “reform” legislation that limits the state-run civil justice systems run contrary to that concept?

The current state of the Republican Party, it seems, grabbed the tort “reform” issue many years ago despite the fact that it makes no sense at all from a conservative perspective. I’ve always assumed that this was because the party had sacrificed ideology for money.

That concept of selling the soul isn’t just true of politicians, of course. Conservative broadcaster John Stossel, for example, once confessed that he  switched from being a consumer advocate to bashing government and trial lawyers:

“I got sick of it. I also now make so much money I just lost interest in saving a buck on a can of peas.”

And there are plenty of tort “reformers” who suddenly understood the significance of what they were doing only after they were injured by the negligence of others.

But the Tea Party is without any meaningful donations, and has the luxury of staying true to conservative beliefs. Will they?